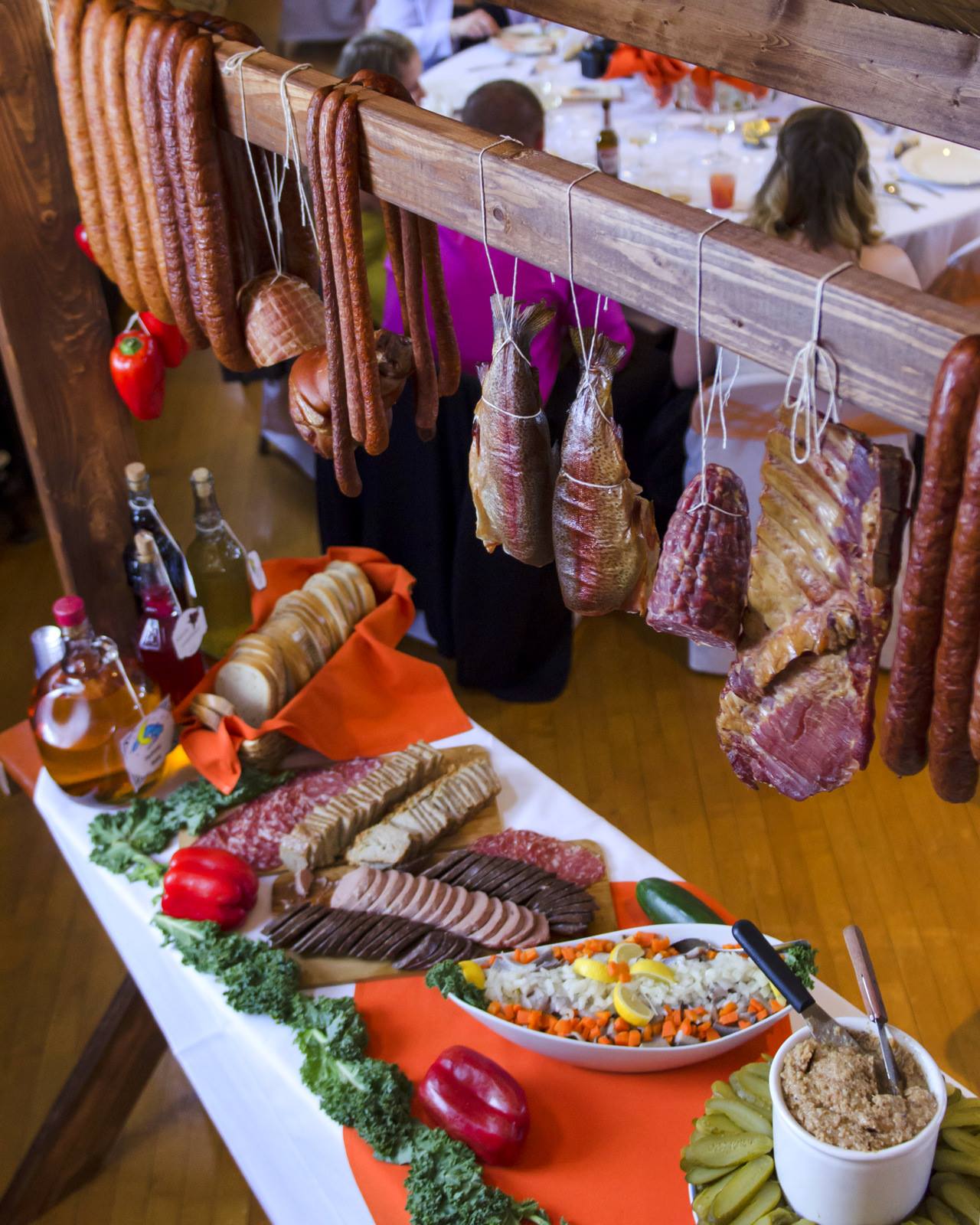 We – at the Smoke BBQ Cafe of Enfield – smoke the meat because we love to eat it that way. We were smoking our own kielbasa since 2009. Then we added the Easter Ham, our own Pastrami for our grinders – you tried them on the Taste of Enfield where we won the Best food in show 3 times. It was only a logical step to add pulled pork, chicken, brisket to our menu – and last one, burnt ends and ribs.

But why we – as humans – smoke the meat? Nowadays we smoke meat (and fish, cheese, sometimes baked beans or mac and cheese, spices like paprika or salt…) for the flavor. But back in the time smoking was used to preserve food – before salt, before the terrible chemicals that they are using now, before pickling and fermenting – first was the smoking. Ever since we started cooking on the fire, someone thought of just lifting the meat a little bit and leaving it there to dry out in the smoke, preserving it that way for months.

Smoking in the way we do it now, the so-called barbecue, BBQ, low and slow, was not invented in the southern United States. It might have been perfected there, but it was first invented by the nomadic tribes of Northern and Central Europe, where, due to the cold climate, burning fires was used for both heat and cooking. Non-stop wandering tribes found that smoking was a very practical method of preserving food. The water inside the meat was a problem and it ruined everything.

Dried meat lasted longer. Our grandparents added these facts together and came to the conclusion that smoking not only preserves food, but also improves its taste and smell.

It is very difficult to improve the simple, but practical construction of the 15th-century smokehouse. They were altogether square chambers, with a steep pyramid roof. In the attic there were beams with hooks on which meat was hung. There were no windows, only doors, and they protected the product from animals and thieves. Their dimensions were different – from 3 to 20 square feet and about 9′ high. There was a hearth inside the chamber, sometimes straight on the ground and it was lit every morning.

Nobody was worried about how it went out and in truth, in the case of cold smoking such breaks are even recommended.

It can be said that they smoked according to all the correct rules that apply today. The smoke kicked for long time, smoked meats were suspended in another part of the chamber where they hung sometimes and for two years being still smoked, although the smoke was weaker now.

So the chamber was also a granary at the same time.

The same way was used in eighteenth-century colonial America, where in Virginia in winter there were so many smoking smokehouses on the horizon that they looked like a series of steam locomotives that poured smoke 24 hours a day.

In some German homes, the chimney was also a smokehouse. Downstairs, a wood-burning stove was burning, and on the upper floors it was mounted to the chimney door, looking like an elevator entrance. Opening the door hung meat for smoking and smoking downstairs could cook, heat the house and smoke at the same time.

1 thought on “Why we smoke meat”